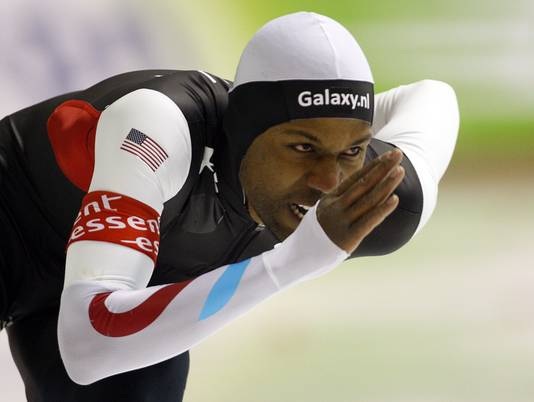 The countdown to Sochi 2014 may have just begun, but the race for the 2013 World Cup is approaching the home stretch.

With only two World Cup events remaining on the calendar, Shani Davis faces the critical task of making up a points deficit in both the 1000m and 1500m Overall World Cup standings.

Forced to skip the season’s opening World Cup event due to injury and hobbled in his first WC starts last Fall, Shani has no margin for error the rest of the way if he is to claim his sixth Overall title at 1000m and fifth at 1500m.

At 1000m Shani sits third in the standings, 35 points out of first. The 36-time 1000m WC winner and two-time Olympic Champion is looking to duplicate last season’s heroics, when he won the final WC races to come from behind in the point standings and capture the 2012 Overall 1000m crown.

At 1500m the challenge is even greater: although Shani claimed his 17th career 1500m WC win earlier this season – one shy of the all-time record – he now finds himself 10th in the Overall standings, nearly 100 points out of first, a difficult – but not impossible – gap to close.

Maximum pressure has always been an occasion for Shani’s best performances:

“I relish the biggest challenges. Always have. The (fall) injury is no longer a factor…it won’t affect my results. For the rest of the way [to Sochi] it’s just up to my legs, my technique, and my heart.”

Following a brief training period in Milwaukee, Shani heads back to Europe for his remaining WC starts, first in Erfurt, Germany then in Heerenveen, Netherlands at the World Cup Final, where points are multiplied by 1.5.

With 53 career individual World Cup wins Davis ranks second all-time among men and first among U.S. men, and he is one of only three men to surpass 10,000 career WC points.