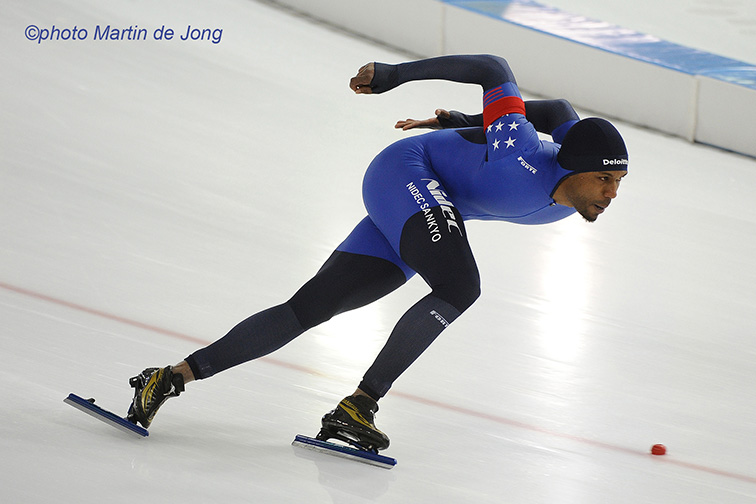 Another race, another milestone for Shani Davis.

Racing in the final World Cup event on the ISU’s fall calendar, Shani became the all-time World Cup points leader while earning his second trip to the podium on the season.

In the speedskating-crazed town where he’s had so many memorable races, including his most recent World Championship title in 2015, Shani took 1000m silver (1:08.57) just behind season points-leader Kjeld Nuis (1:08.21), reminding everyone that he’s still a contender to win any 1000m race he enters.

“I needed that one,” said Shani. “It’s been a grind…lots of travel and lots of racing after a lot of hard training. I feel like I was starting to run on fumes.”

Davis now returns to the States to prepare for the US Championships in Salt Lake City in early January.