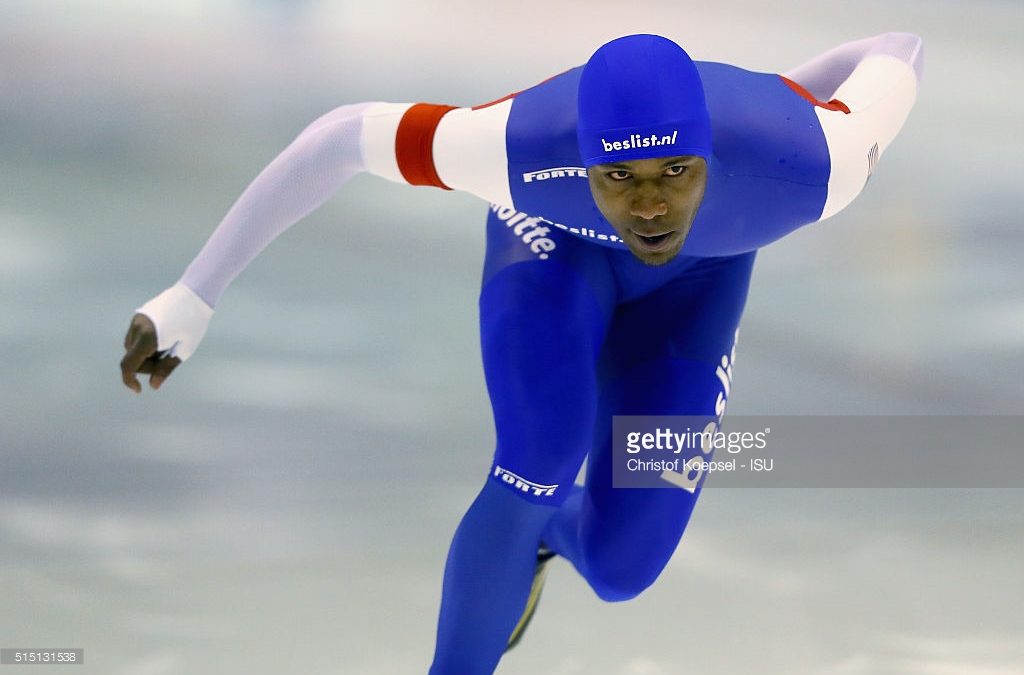 Shani Davis remains a model of consistency both in the results column and in his positive mental outlook.

Though he was just off the podium throughout the season – only two bronze medals in eight international events – Davis kept within a few strides of the leaders and was fast enough at age 33 to maintain confidence that better results are ahead of him.

Shani’s 2015-16 season was also laced with lessons that will inform and motivate his speedskating future, which includes the 2018 Olympic Winter Games in South Korea just 20 months from now. Not long after crossing the finish line on his ‘transition’ season, the two-time Olympic Champion and 10-time World Champion took time for reflection in an exclusive Q&A with ShaniDavis.org:

SD.org: What were your personal highlights from the past season?

SD: This season was an eye opener if nothing else. Since Sochi I think I’ve become somewhat content and comfortable accepting average results. Winning the (2015) World Championships was uplifting, and I tried my best to rise to the occasion again, but I accept my results this year after giving my best. Everything is still possible, so I just have to have the heart to believe in what I’m doing and not accept average when I know I’m still capable of excellent. I was happy to get some medals and okay with some 4ths and 5ths but I know I can do better – and I will do much better!

SD.org: What, if anything, will you do differently as you head into the pre-Olympic season next year?

SD: Go back to my roots! I think I’ve gotten just a bit away from what made me the best. I remember the days where skating was automatic and I didn’t have to think about it as much as I do now. It starts with training. Right now my priority is to find the most suitable environment so I can be challenged in the right ways and redevelop the automatic stuff that comes from the repetitiveness of training – the right training.

SD.org: How was being a part of the Netherlands-based Beslist team?

SD: Really enjoyed skating with Beslist! It was refreshing to see the energy those talented younger skaters brought to training. I loved the fact that they looked at me as a senior figure, that they respected me. I learned from them, too, so in return I tried to help them as much as I could. I enjoyed chasing them around as well: they’re super fast only going to get faster.

SD: Well, I’ll be more motivated once I get heading in the right direction again! This year was a transition year for me and i studied what my competitors were bringing to the table. Now it’s my turn to respond and get back within striking distance. It’s all about timing. I have a plan and I want to make sure that before my career is over I have done everything in my power to be competitive and fight the good fight against any challenger. It’s still a ways off, but step by step I know in my heart that I’ll get where I need to be. Why wouldn’t I try to regain my crown and become King Davis III?