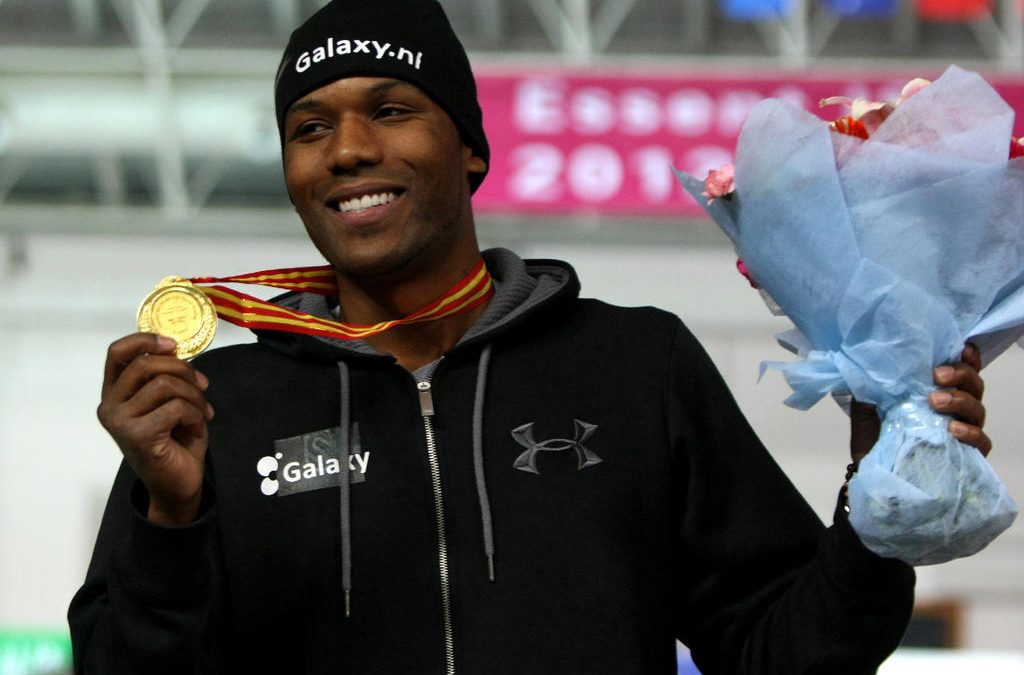 Shani Davis returned to the top of the World Cup podium in thrilling fashion.

Largely recovered from a groin injury that sidelined him for the first World Cup event and slowed him off the start last weekend in Japan, Shani held off the world’s top sprinters by the narrowest of margins for his first 1000 m World Cup victory of the season.

Racing with a false start from the outer lane in the 6th of 10 pairs, Shani posted 1:10.05 then watched as all of the World Cup points leaders tried but failed to overtake him. The two-time Olympic Champion bested runner-up Hein Otterspeer of The Netherlands by just .02, and less than a tenth of a second separated Davis from fourth place Kjeld Nuis (1:10.13).

With his 100-point win Davis also passed 10,000 career World Cup points, becoming only the third man to reach the milestone.

In the competition’s second 1000 m race, Shani out-skated Otterspeer head-to-head in the final pair, crossing in 1:09.87 after erasing a large lead the Dutchman’s had built up after Davis’ cautious opener. Shani had the fastest final lap of the field (27.1), but he gave away too much at the start to overtake the day’s race winner, German Samuel Schwarz (1:09.69).

The results are a testament to Shani’s indomitable will and strength of character: Last month, only days before heading overseas to start the international racing season, Davis suffered a 3 cm muscle tear in an abductor muscle, an injury that left him unable to start or push fully on the straightaway.

“I’m happy to be making progress and building momentum for the remaining part of the season,” said Davis. “I’m also eager to tackle the work that still needs to be done and excited by the challenges that lay ahead.”

Among the challenges that excite Shani: climbing to the top of the leader board in the overall World Cup 1000 m standings. Following a DNS in the season opening event in The Netherlands and a DQ in his first race in Japan, Shani finds himself fifth overall (240 points) behind leader Dennis Morrison (325) with four 1000 m WC races remaining.