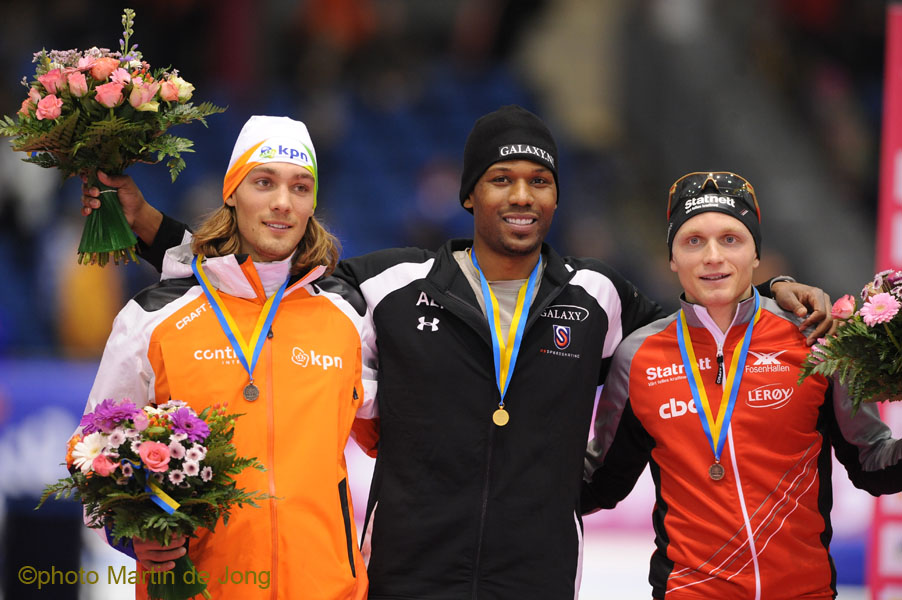 Shani Davis continues to deliver when the stakes are highest.

Racing in the final pairing at a hallowed venue in a speedskating-crazed nation, Shani earned a crucial second-straight 1500m victory on the World Cup circuit to extended his lead in the Overall standings.

At next weekend’s World Cup Final in Berlin Davis will have a chance to capture his record fifth straight Overall 1500m World Cup crown, a feat that has been accomplished only by Wotherspoon, who won five straight 1000m titles between 1997-2002.

Shani has a day of rest before the World Cup 1000m contest, when he tries to chase down Overall leader Stefan Groothuis of The Netherlands.