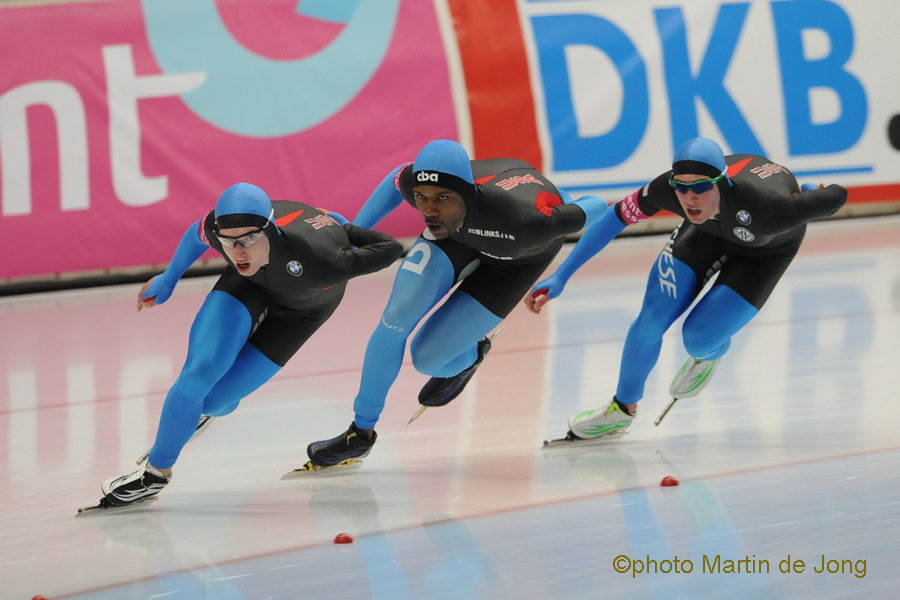 Capping off another stellar season, World and Olympic Champion Shani Davis led his teammates to the U.S.’s first ever Team Pursuit gold medal at the 2011 World Championships.

With Shani in the lineup the U.S. trio went undefeated in Team Pursuit races this season, including two decisive wins on the World Cup circuit. The U.S. Team’s previous best World Championship finish – without Shani – had been a Bronze medal in 2009.

The victory concluded a record-breaking meet for Davis, who won an unprecedented third 1000m World Championship on Friday to go along with a Silver in the 1500m Championship. Earlier in the day Sunday, the middle-distance king added an impressive top-10 finish in the 500m against the world’s top sprinters.