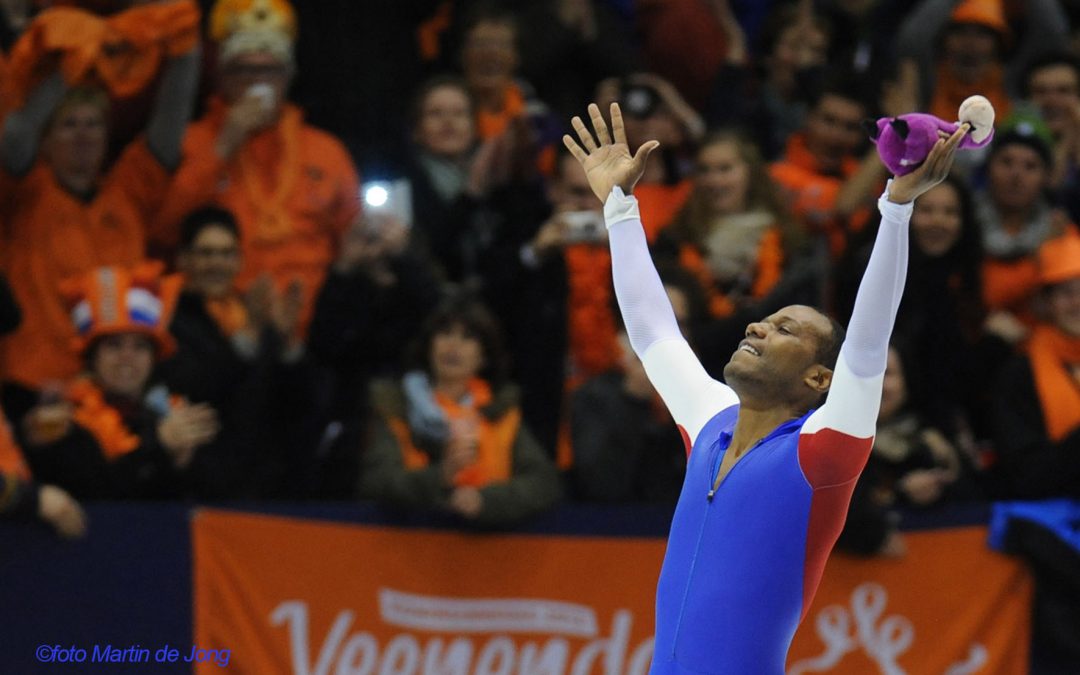 Shani Davis won another 1000m World Championship in a race for the ages.

Davis also vanquished his pair, Stefan Groothuis (1:09.13), the man who unseated him as Olympic 1000m Champion in Sochi last season.

Though he may have entered the competition as the sentimental favorite – and the winningest 1000m man ever – few at the Thialf oval gave Davis a chance to win this particular title. For starters, Shani hadn’t been on the international 1000m podium all season long, going 0-for-6. Add the season-long dominance of Kulizhnikov and Nuis, who together won five of six races, and it was no wonder he “would have settled for a podium,” in his own words.

But it was Shani’s faith in himself that made all the difference. Despite going medal-less in the 1000m World Cup – never within even a half-second of first – he continued to believe he was close.

“Everyone was counting me out but I didn’t give up on myself,” said an emotional Davis after the race.

As in all of his signature wins, the middle-distance king won in the final 400m, posting the fastest closing lap of the field (26.4). But it was a blistering (by Shani-standards) 25.2 opening 400m that set up the golden finish.

Davis concludes the season at the World Cup Final in Germany March 21-22. He remains within sight of the Overall WC 1500m podium and is one win shy of becoming the all-time winner at the distance.