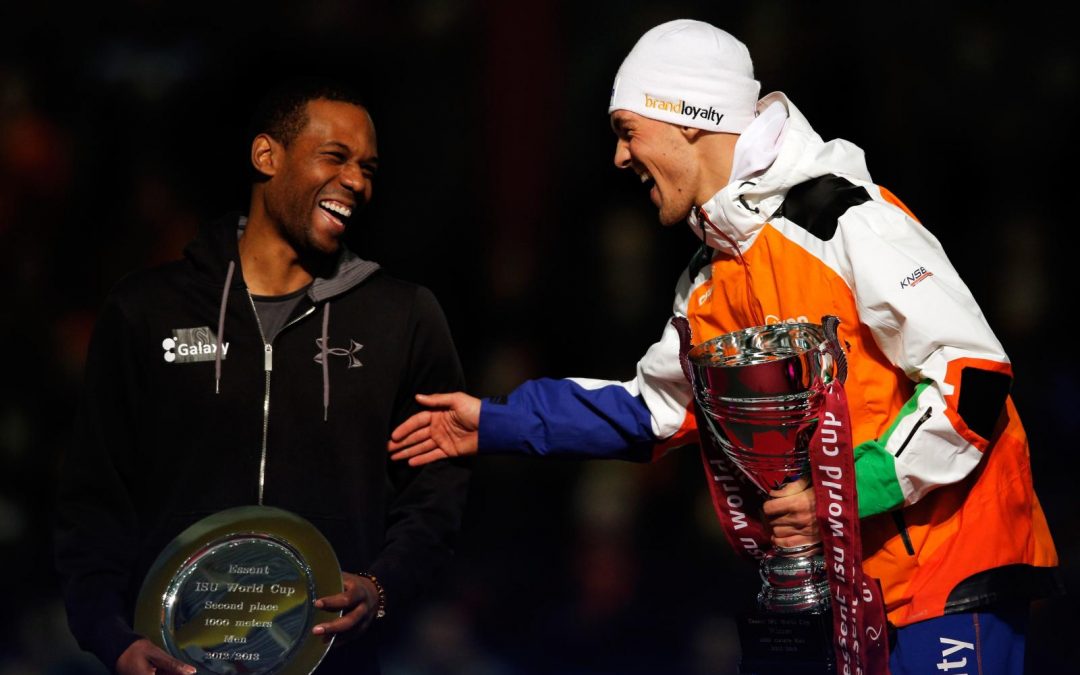 For the second straight week Shani Davis missed the 1000m podium but improved his standing in the Overall World Cup.

Needing to win the World Cup Final to claim a record 6th Overall 1000m WC title, Shani finished fourth at Thialf, but that result that was enough for him to advance from third to second in the final 2013 World Cup 1000m standings.

Said the two-time 1000m Olympic Champion, “My preference is always to be on the top of the podium, but the silver lining is that I’m still making progress from where I was [last weekend]. Hopefully, I can carry that progress to Sochi.”

The 1000m was the most closely contested distance on the World Cup circuit this season with 7 different winners in 9 races. After missing the opening WC 1000m due to a groin injury and then being hobbled off the start line for several weeks, Shani rebounded to become one of two skaters to win twice at 1000m, earning gold in China last December and then again in Calgary in January.

On Sunday Shani picked up a bronze medal at the season’s final 1500m, a race won by former inline speedskating world champion Bart Swings of Belgium. It was a strong enough performance to move Shani from 9th to 5th in the Overall 1500m standings.