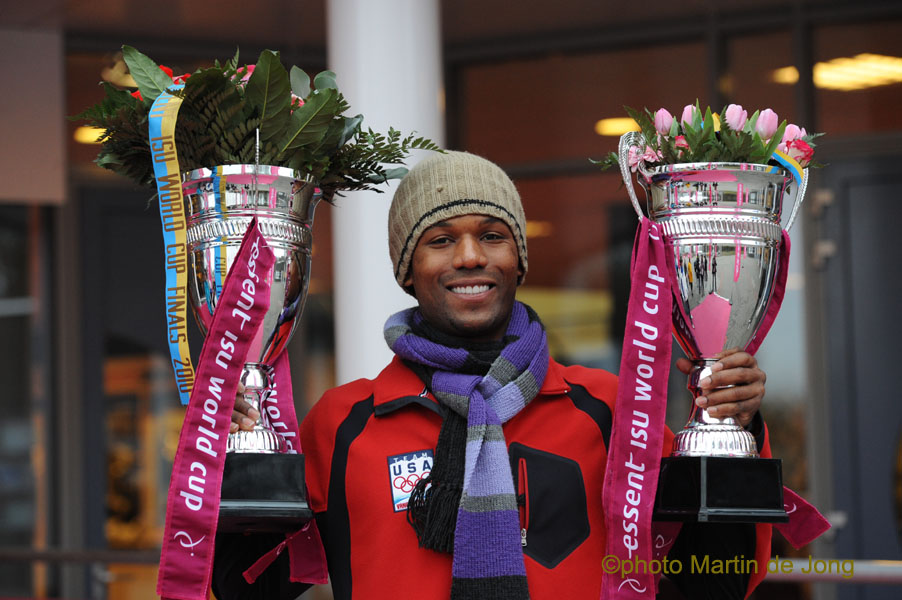 Racing in the final pair of the 1000m World Cup Final, Shani skated to a 1:08.89, good enough for a narrow .18 victory over Dutchmen Stefan Groothuis and Mark Tuitert, who finished second and third, respectively. The race echoed the 1000m Olympic final in which Davis – skating in the final pair – was the lone skater under 1:09 and prevailed by only .18.

To cheers of “SHA-NI”, Davis reveled in his victory before an adoring Dutch crowd. The 1000m win was Davis’ seventh straight in the 2009-2010 World Cup. He now has nine consecutive World Cup victories in the distance dating back to last season and was crowned Overall 1000 m World Cup champion for the third straight season and fourth time in his career.

Shani completes the 2009-2010 season as the Overall World Cup Champion in both 1000 m and 1500 m, compiling an unmatched 12 World Cup victories. Along with Olympic 1000m Gold and 1500m Silver, and a 1500m World Record to go along with the 1000m World Record he already owned, Davis’ stellar season is in the pantheon of all-time greats.

Following a one-night victory tour in the Netherlands, Shani heads home for Chicago where he will celebrate his Championship season with family, friends, and adoring hometown fans.