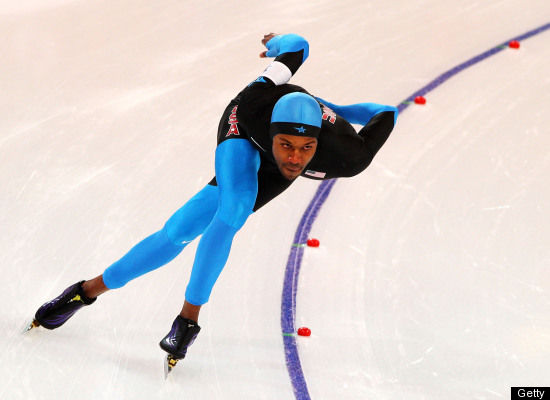 VANCOUVER – FEBRUARY 8, 2010 With the goal of getting more familiar with the ice that will host the Olympic Games next week, Shani Davis skated a solid 1000 meters in a tune-up race today at the Richmond Oval.

Although skaters’ times were considerably slower than at last year’s World Single Distance Championship, Shani’s satisfaction with his performance is an indication that all systems are go for another great Olympic effort. “It was an eye-opener for the challenge that lies ahead of me.”

Before post-race interviews with reporters from Korea, China and the Netherlands, Shani visited the Olympic Broadcasting Service to discuss Olympism, the philosophy that is meant to guide the worldwide Olympic movement.

“Olympism is an opportunity to present excellence…not only through racing but in everyday life; it’s about overcoming obstacles.”