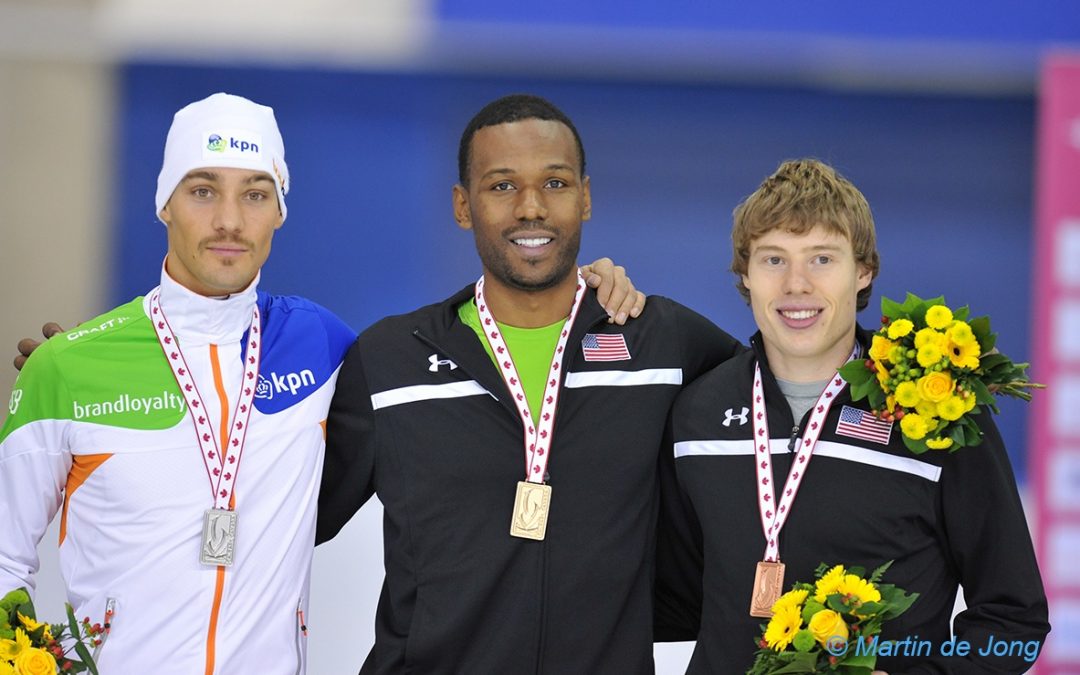 The king has returned!

Speedskating’s middle-distance master mirrored his Olympic finishes of 2006 and 2010, winning at 1000m and finishing second at 1500m to open the 2013-14 World Cup campaign at the Olympic Oval in Calgary, Canada.

After the race Shani spoke with Dutch broadcaster NOS: “I’m trying my best to get back to top form and be competitive with the world again and trying to do really special things in Sochi.”

At 1500m Shani matched his result at last year’s season-ending World Championships in Sochi, taking the Silver medal with a technically sound race.

“I put in a good summer (of training)…and I’m really happy with where I stand right now,” said Shani to NOS. “[This weekend] is definitely a step in the right direction, but I’m definitely not satisfied. There’s still more to do and I’m gonna go back to work [after next weekend’s World Cup].”