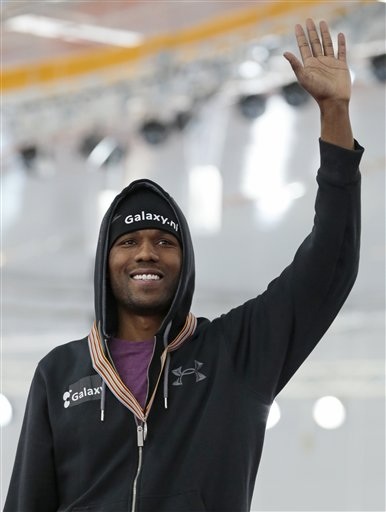 Shani Davis earned two trips to the podium in his first two starts on the 2014 Olympic track.

Racing at the ISU World Championships, the two-time Olympic Champion picked up silver and bronze medals at the Black Sea oval where he hopes to mine more Olympic gold next February.

Davis’ 2013 World Championships results improved on his performance at the World Cup Final earlier this month, when he came away with only one 1500m bronze. Prior to that he missed the podium entirely in two WC events in a season that was hindered by sporadic training after an early-season groin tear.

Despite the obstacles Shani still managed to put together a season that would satisfy most skaters, winning three times on the World Cup circuit and garnering 8 international medals in all.

Said Shani following the races: “I’m always happy to be improving. I know what I need to do for next year, which is probably the most important thing.”

Davis burst onto the international speedskating scene 10 years ago at this same event in Seoul, Korea, when he won the 1500m World Championship in his first appearance (2004). Since then Shani had won at least one world or Olympic title every year, an amazing streak of nine consecutive years.

Shani now looks ahead to a short period of rest and relaxation before beginning the climb to Sochi 2014.