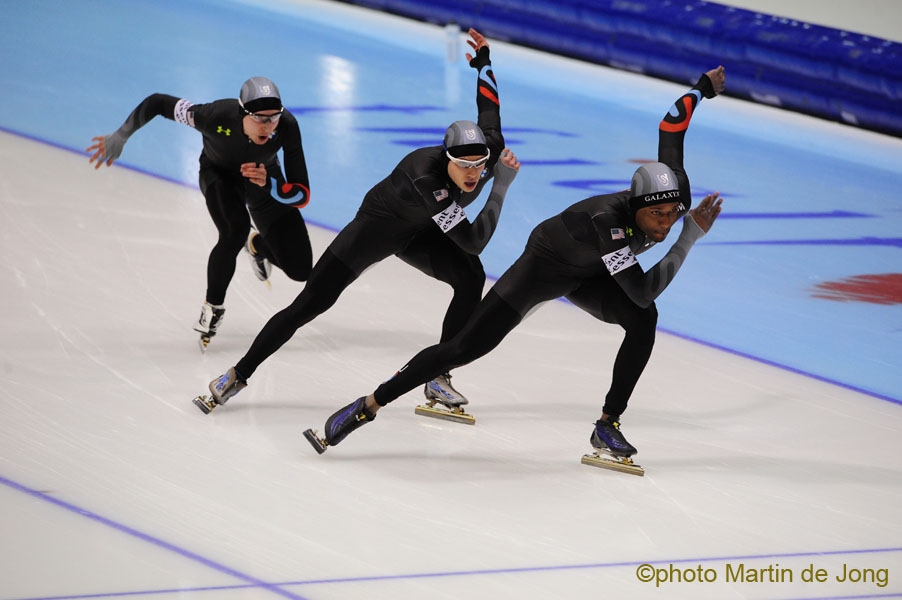 Racing with his U.S. teammates, Shani Davis was able to find a silver lining in an otherwise overcast World Championships.

Shani and his Illinois brethren, Jonathan Kuck and Brian Hansen, skated to the Team Pursuit silver medal in the last race of the last event of the 2011-2012 international season. Only The Netherlands team skated faster on the day.

Although the result wasn’t the one Shani hoped for to cap the individual racing season, the two-time Olympic 1000m Champion kept things in perspective: “Of course I always want to be on top, but that’s just not the way life is. But I know [the result] will fuel me for next year.”

Shani won twice at 1500m on the World Cup circuit this season and finished third in the Overall standings behind Njus and Norwegian Havard Bokko, who snapped Shani’s record streak of five consecutive Overall World Cup 1500m titles from 2007-2011.