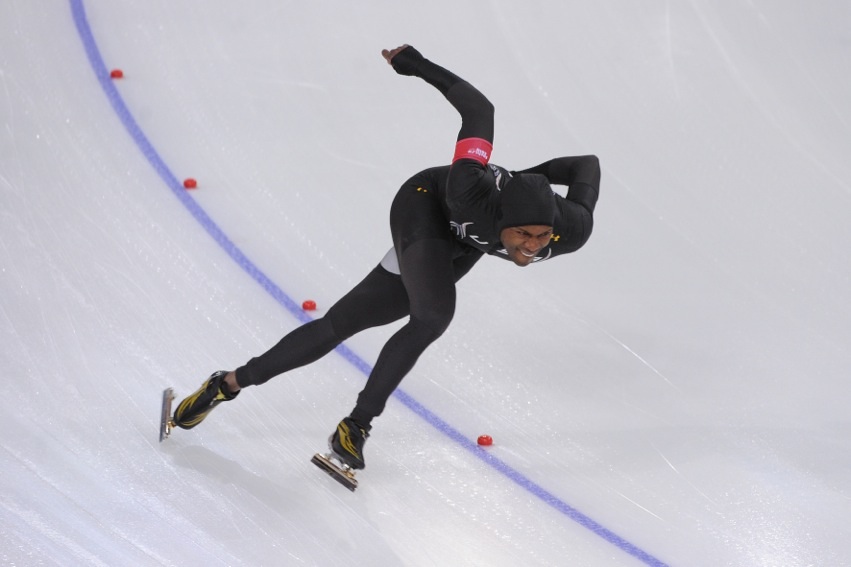 With the stars seemingly aligned for Davis to record an historic Olympic three-peat in the event he’s owned for much of the past decade, the two-time Olympic 1000m Champion had to settle for a disappointing 8th place finish.

“I tried hard and had a great opener [but] never could get the speed after that,” he told shanidavis.org. In fact, Shani’s 16.6 second 200m opener was among the fastest he’s ever recorded and his fastest-ever at a sea level track. But despite the stellar start – rare by Shani standards – he could only muster a 25.4 first lap. And things didn’t get any better for speedskating’s middle distance master, whose finishing kick is typically his signature: “My drop [from 600 to 1,000m] was more than 1.5 [seconds] and normally it’s just a second.”

But as shocking as the result was to Shani – and everyone else – he refused to dwell on it.

Shani now has his eyes on the 1500m prize up for grabs on on Saturday, when the current World Record Holder and four-time World Cup Overall 1500m Champion looks to improve on consecutive Olympic silver medals in 2006 and 2010. Shani also garnered silver at last year’s 1500m World Championships in Sochi behind Russian Denis Yuskov, who joins the Dutch as co-favorites.

Shani has often referred to the 1500m as the ‘race of kings’, given its physiological demands and the fact that both sprinters and distance skaters can win it. It was in the 1500m at the 2004 World Championships that a 21-year old Davis burst onto the international long track scene, earning his first major World title.

With a medal of any color Shani can tie the record for most Olympic podium finishes by a U.S. male speedskater. And with a gold medal he becomes the only man in his sport – the only U.S. athlete in any sport – to win in three different and consecutive Olympic Winter Games.

On Feb. 22 the U.S. can also vie for a medal in the Team Pursuit, which Shani has not yet raced in Olympic competition. Shani is the most decorated U.S. skater in the event’s history and he led the U.S. squad to its only World Championship gold medal, in 2011. The three-skater squad will be named by coaches.

But Shani isn’t paying much attention to the past or to what’s in store: “My whole mindset now is getting ready for the 1,500.” Nothing else matters.