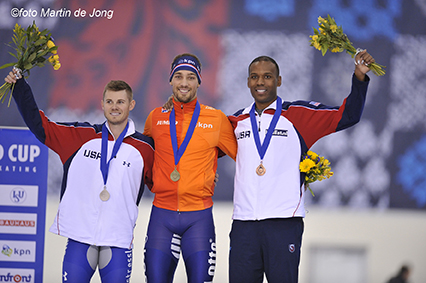 Shani Davis continues to show good form at the start of the new year.

The two-time Olympic Champion and 10-time World Champion remains in the hunt for the season World Cup podium, improving to 4th in both the 1000m and 1500m overall standings.

After a week of rest Shani heads to Europe for the last two World Cup events of the fall season.