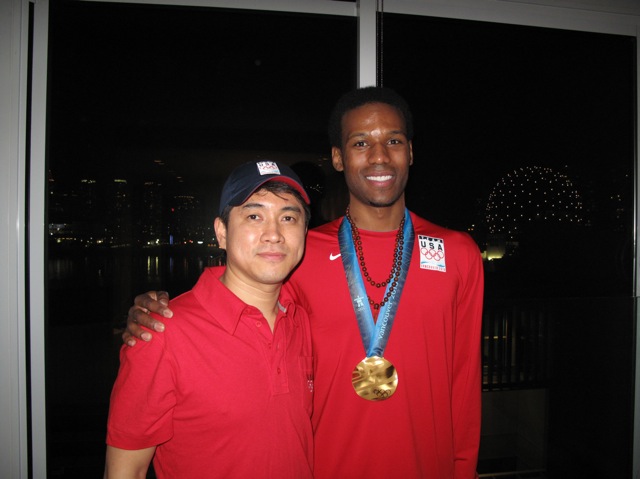 Shani Davis is back doing what he does best: Preparing.

The two-time Olympic Champion has transitioned from the warmth and goodwill of his 2010 U.S. Victory Tour to the cold grind of preparing for another speedskating season, leaving his Sweet Home Chicago for Salt Lake City, Utah. “I took 2 months off to rest and reset my mind and body for the challenges that are ahead of me…This is one of the most difficult transitions, being at my all-time best and the peak of skating excellence [and then] to come back down and restart the process for the third time in my skating life.”

As in years past, Shani is spending the summer months training with the U.S. National Short Track Speedskating program in Salt Lake City under the expert guidance of Head Coach Jae-Su Chen, who is among his most trusted coaches. “Since i do all of my long track training alone, it is important for me to have a solid, hungry, motivated, young team to help get myself going…I think it is a great complement [to use] a different element of speedskating to help build my base.”

If past is prologue, Shani’s competition won’t be able to count on the defending World Cup Champion having a post-Olympic let-down in 2010-2011. “Next season to me is like all of the others. i want to maintain my World Cup titles in the 1000m and the 1500m. I would love to skate all the world championships: World Sprints, World Allround, World Singles….to take each distance i skate to another level.”

Davis has made clear that even though he is taking it one season at a time, his sights are set squarely on Sochi, Russia, site of the 2014 Olympic Winter Games. “[All] races now are like practice since i have won most of them sometime during my skating career.� Most important are the 2014 Olympics, so [next season] is a smaller step leading up the ladder to the biggest race.”

Shani’s goals? They remain unchanged from years past: “Having fun and enjoying skating, something that hasn’t been so difficult for me. I look forward to the challenges of skating — and skaters — to come.”