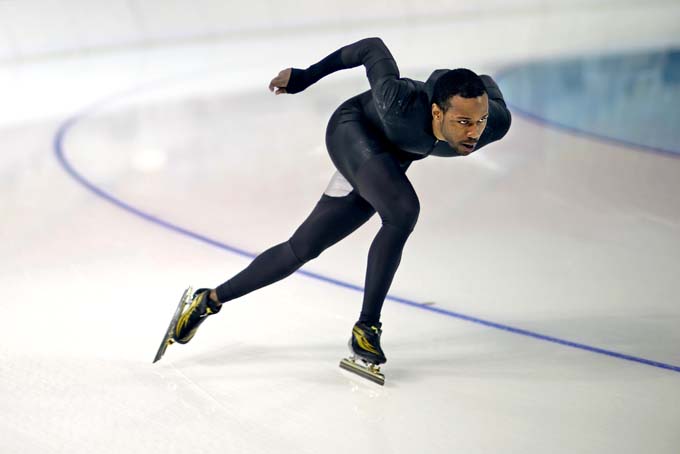 With the 2014 Olympic season behind him, it’s full speed ahead for Shani Davis.

Racing in the season-opening U.S. Single Distance Championships at the Utah Olympic Oval, Shani let the speedskating world know that he has no intention of slowing down after leaving Sochi empty-handed last February.

Shani claimed victories in both of his specialty distances, 1000 meters and 1500 meters, performing a ‘Davis Double’ for the fifth consecutive year.

At 1500m, Davis’ winning 1:43.70 is the fastest time in the world for the young season and his fastest effort to open a season in the last five years.

The event also serves as the qualifier for the U.S. fall World Cup team. In addition to securing his starting positions at 1500m and 1000m, Shani also qualified at 500m, finishing third.

In his remarkable career Shani has won a record 10 World Cup Overall titles, four at 1500m and six at 1000m. He has won an astounding 40 times at 1000m on the World Cup circuit, nearly twice as many as his closest pursuer, and with one more 1500m WC win Shani can become that distance’s all-time victory leader. His 58 total World Cup victories rank second all-time among men.

Owner of four Olympic medals, two of them gold, Shani is the long-time World Record holder at both 1000m and 1500m, establishing both standards at the same Utah Olympic Oval over five years ago.