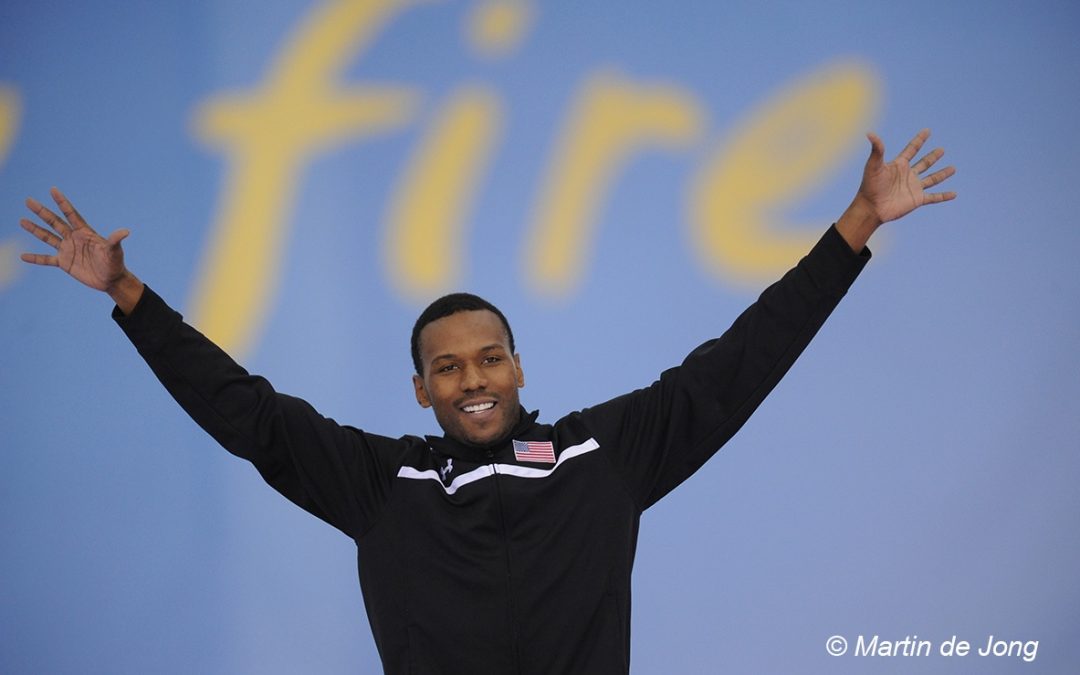 Shani Davis is looking golden on the Road to Sochi 2014.

Speedskating’s middle-distance master captured his U.S.-best 55th and 56th career individual World Cup victories at the rarefied Salt Lake City Olympic Oval, winning both of his specialty distances at a single World Cup event for the 10th time in a remarkable career.

At 1000m Shani extended his all-time leading World Cup win total by taking Gold for the 38th time since 2005, including at the season-opening World Cup in Calgary last weekend.

Davis was the only man under 1:07, skating a tenacious 1:06.88 that marked his fourth time eclipsing the barrier at the Olympic Oval, including in 2009 when he established the current World Record of 1:06.42 ahead of the 2010 Olympic Games. The two-time Olympic 1000m Champion and three-time 1000m World Champion now owns the top three times ever skated at the distance.

Racing in the pressure-packed final pairing against last week’s 1500m winner Koen Verweij of The Netherlands, Shani opened fast, closed hard, and remained poised throughout, crossing in 1:41.98 to post history’s third-fastest 1500m time. The U.S. went 1-2 on the podium, with Brian Hansen capturing second (1:42.16) ahead of Verweij (1:42.28), who established a new Dutch National Record.

With the twin victories Shani extends his lead atop the Overall WC 1000m standings and moves past Verweij into the lead of the overall WC 1500m standings. Shani also passes Verweij in the season-long chase for the Grand World Cup (most total WC points), a title he has yet to officially win in his illustrious career.

Shani has lead the USA to three World Cup TP victories in his career and anchored the U.S. to its lone World Championship title in 2011.

The World Cup circuit now moves to Europe for a pair of events in Kazakhstan (Nov. 29-30) and Berlin (Dec. 6-8), the final WC races prior to the 2014 Olympic Winter Games in Sochi next February.