Shani Extends Reign at US Championships 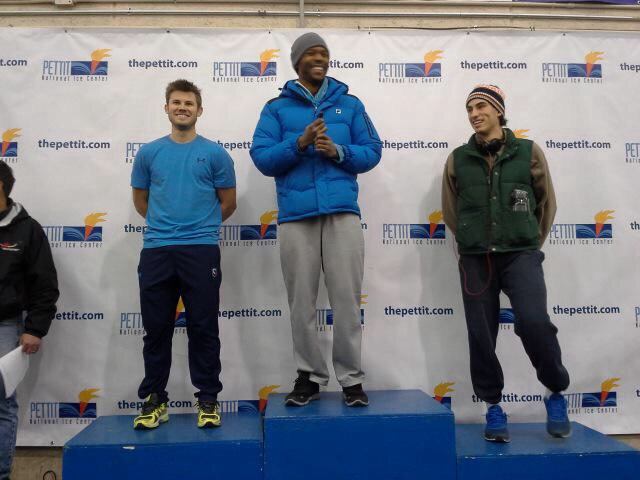 Shani Davis is happy to have 2014 in his rear view mirror.

History’s middle-distance king opened the new year with twin victories in his specialty distances at the US Championships, showing stellar form and improved speed.

The latest ‘Davis Double’ is a sublime accomplishment: it marks the fifth straight year that Shani has won the 1000m and 1500m at both the U.S. Championships and the U.S. Single Distance Championships. And Davis has now won a U.S. title at either or both distances dating back to 2006, a streak of 10 consecutive years.

Shani also opened the US Championships by posting two season-best times at 500m, finishing second to Whitmore in the 500m combined competition.

The results are encouraging as Davis looks to climb back atop the international podium. In four World Cup events last fall Shani managed just one bronze medal. Coming off a disappointing 2014 Olympic campaign, the past 12 months tested the two-time Olympic and ten-time World Champion like never before.

“2014 was difficult for me, both the Olympic results and the fall [World Cup] results,” said Shani following his latest title defenses. “[The last year] really tested my mental and spiritual will. But I wouldn’t still be skating if I didn’t think I can win races. I still feel that my best results are ahead of me this season. We’ll see.”

Shani now preps for the remaining World Cup events in Europe, which commence Feb. 1 in Norway. Despite going win-less in the fall, Shani remains in the hunt for another 1500m World Cup title: he stands fifth overall, less than 50 points out of the lead. Davis will also have an opportunity to earn more medals at the World Single Distance Championships in The Netherlands in March.