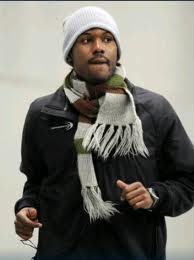 The stage is set for Shani Davis to add to his Olympic legacy.

After skating two technically sound races to prepare for his specialty, the 1000 meters, Shani has put himself in a solid position to defend the Olympic Gold Medal he won in 2006 in Torino, Italy. “I’m prepared..the hard work is done…it’s game time now.”

Shani will skate in the last of the race’s 19 pairs, with Joon Mun of Korea. Top contenders for the Olympic 1000 meter title also include two other Koreans, two U.S. skaters, two Dutch, and a Canadian. “The pairings are fair: most of the top contenders finish in the same lane.” Skating in the last pair also affords Shani Davis the opportunity to skate to a ‘walk-off’ gold medal.