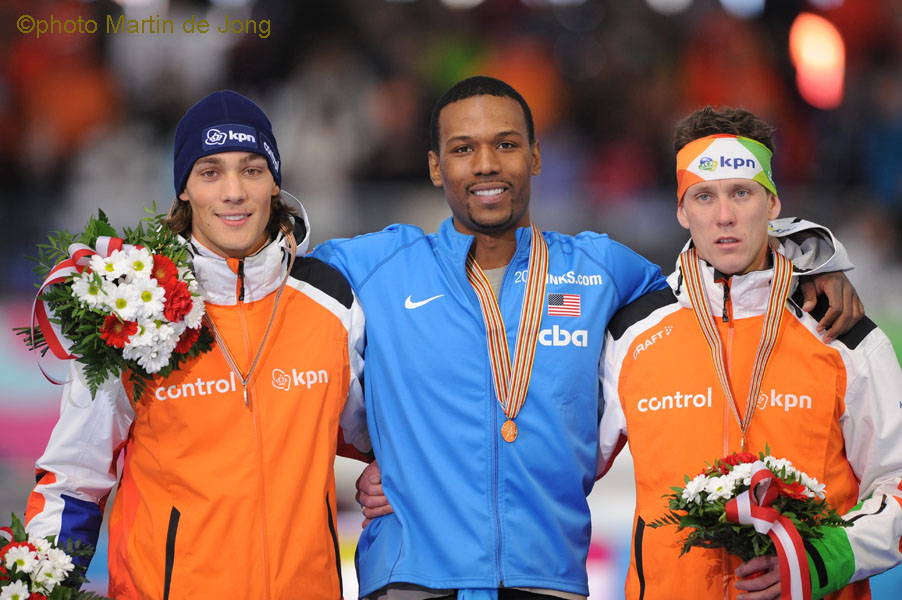 All eyes were on the two-time Olympic Champion as he covered the distance in 1:08.45, nearly a quarter second ahead of a pair of Dutch skaters.

The victory marked Shani’s record third World title at 1000m, adding to his back-to-back wins at the 2007 and 2008 Championships.

From the opening gun the two-time Olympic Champion was determined to redeem a third-place finish at the World Cup 1000m Final last weekend and a bronze at the last 1000m World Championship in 2009.

Despite a major slip on one corner and an outer-lane finish with 2011 World Sprint Champion Kyou-Hyuk Lee ahead at 600m, Shani poured his heart into the final 400 meters and left the Korean – and the field – in his wake.