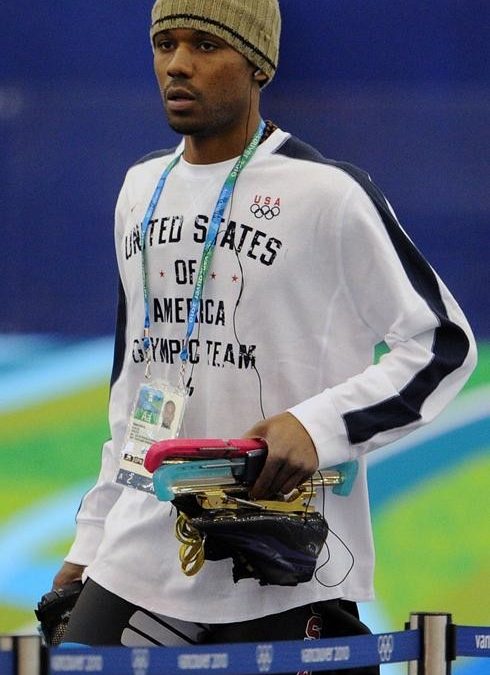 Shani Davis may be among the fastest to ever put on skates, but he can’t seem to out-distance questions about his relationship with his sport’s newest Olympic race, the Team Pursuit.

Although he’s a speedskater from the U.S., Shani opted out of racing the pursuit when presented with the opportunity by U.S. Speedskating in December, choosing to focus on excellence in the individual distances, over two of which he owns World Records, 1000m and 1500m.

U.S. Speedskating, the sport’s national governing body, set an early December deadline for athletes to make up their minds about whether they’d be considered for the team. That approach was designed in part to head off the kind of controversy that arose in 2006, when confusion and mis-communication caused an unfortunate media frenzy. The best laid plans…

In a candid discussion with press journalists after practice two days before the start of the Olympics, Shani explained that had the decision to race been left to just before the date entries are due to the organizing committee–3 days before the race, or Feb. 24–he might just be up for it.

His outlook may have shifted, but the consequences of his Dec. choice are firm: According to US Speedskating he’ll have to watch from the sidelines.