On Stand-by in Salt Lake, Shani Set for Europe 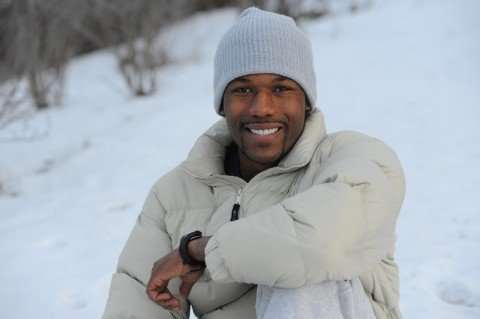 Following an early-season groin injury that affected his sprinting capacity at last month’s U.S. trials, speedskating’s middle-distance king didn’t qualify for World Sprints, a competition he won in 2009 to become only the second man to claim both a World Sprint and a World Allround title (joining Eric Heiden).

But Dutch broadcaster NOS, in town to cover the competition, took advantage of the opening on Davis’ calendar and elicited some of the icon’s thoughts and aspirations near the isolated Little Cottonwood Canyon in the mountains outside of Salt Lake City.

Some excerpts from the interview:

On not racing World Sprints: “It hurts…sitting on the sidelines, in America, on home soil, a place where I train…but maybe it’s for the better: my groin is still a little sore…it is frustrating…but I have to move on and make the best out of the situation.”

On training & Team Shani Davis: “The team right now is me and [The Netherlands’] Ingrid [Paul]…Mostly I make the [training] program and I show her the program…and we give each other feedback…I ultimately know what’s best for me…but it’s nice to have someone with experience [to] oversee things and point me and push me in the right direction.”

On the older, wiser Shani: “When I was younger I tried to [do everything]…I have to really pick and choose my battles…the competition is getting stronger now…when I was younger I could make a few mistakes and get away with it…now I have to be strategic and smart.”

On the Olympic dream: “The dream has always been the same: to try to win the gold medal in the 1500 and keep on defending the gold medal in the 1000…Being older – [I’m] not going to allow that to be an excuse. I’m still young at heart…I still want it more than I’ve ever wanted it…I still love competing…[Double Gold] would be the best I could possibly do…It’s going to be tough to beat me; it’s not an easy thing to do.”