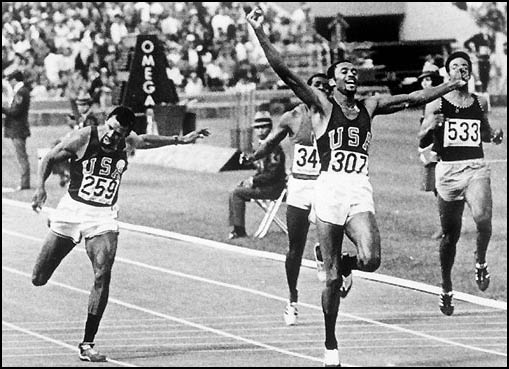 Among the well wishers lining Shani Davis’ road to 2010 are two iconic figures from the past: Tommie Smith and John Carlos, medalists from the 1968 Games in Mexico City. Each wrote to express solidarity with Shani in his pursuit of excellence.

The pair learned that Davis studies Olympism and Olympic history, including their now-famous–but then infamous–salute on the medal stand. “It’s uplifting to have such influential history-makers showing their support and sharing goodwill on my behalf,” said Davis. Wrote Smith, the ’68 200 meter champion: “Carry your legacy with Pride from [Vancouver] all the way home. There are those who perished so you could stand.”

People have been writing to Shani from all over the U.S. and the world to share stories about how much his example inspires and empowers them. From today’s fan-mail bag:

Davis is entering the final preparations for his first Olympic race, the Men’s 5000m, which is run on the Games’ first day of competition.