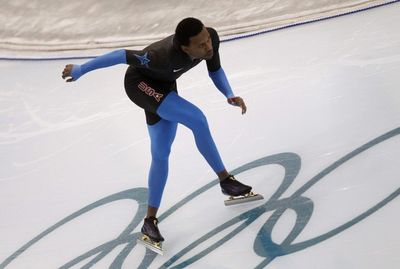 Davis, who is largely self-coached, arrived in Vancouver on Friday, four days after all other U.S. long track speedskaters, preferring to remain at his home training base in Milwaukee, Wisconsin as long as possible before the start of the Olympics.

Shani faces a demanding Olympic racing schedule that would have him skate four races over 8 days, including the grueling 5000 meters on the Games’ first day of competition.

“Right now I feel relaxed, happy, and strong. I know I need to maintain that feeling to perform my best at these Games.” Davis said.

Davis twice addressed media following pre-Olympic practices at the Richmond Oval, including for nearly 30 minutes after today’s morning practice in which he accommodated broadcast and press requests from Brazilian, Canadian, Dutch, Japanese, Korean and U.S. journalists.