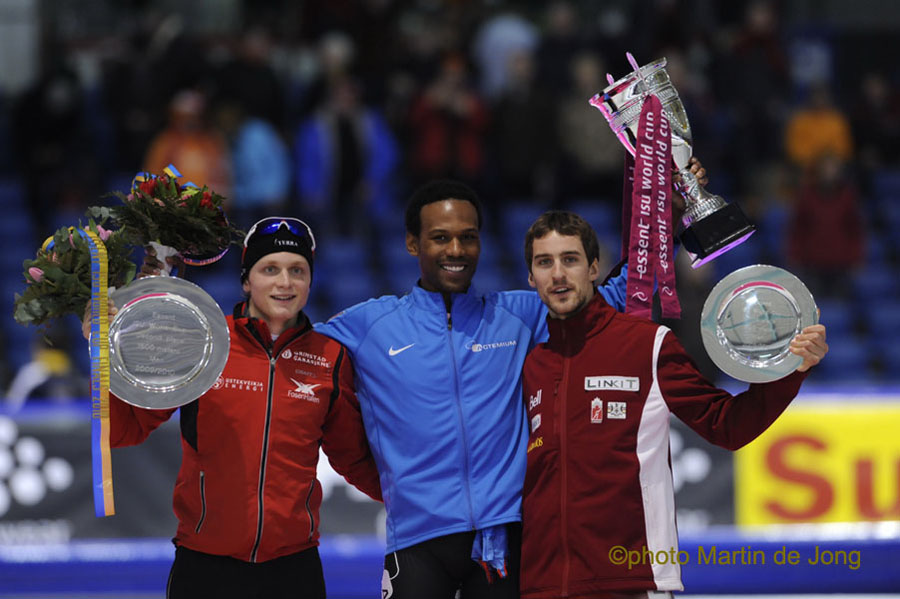 HEERENVEEN, NETHERLANDS – 12 March 2010
Shani Davis re-staked his claim as King of the 1500 meters in the season’s final World Cup event.

Racing in front of a raucous and appreciative Dutch crowd in the day’s final pairing, Davis finished in 1:45.20 to beat out the field by almost a full second.

The victory was a redemption of sorts from his Silver-medal performance at the Vancouver Olympics. 1500 m Gold-medalist Mark Tuitert of the Netherlands finished 4th on the day. Canada’s Denny Morrison was 2nd.

Davis also cemented his status as the dominant middle-distance skater in the world, winning five of six World Cup 1500 meter races during the 2009-2010 season. He has now won three consecutive Overall World Cup 1500 meter titles dating back to 2007-2008. In World Cup history only two-time Olympic 1500 m Champion Johan Olav Koss achieved anything resembling Shani’s level of dominance in the distance.

Davis now prepares for his final race of the World Cup season. With the Overall World Cup 1000 meter title already secured, he will try to complete a season sweep of that distance on Sunday before returning home to Chicago on March 15.