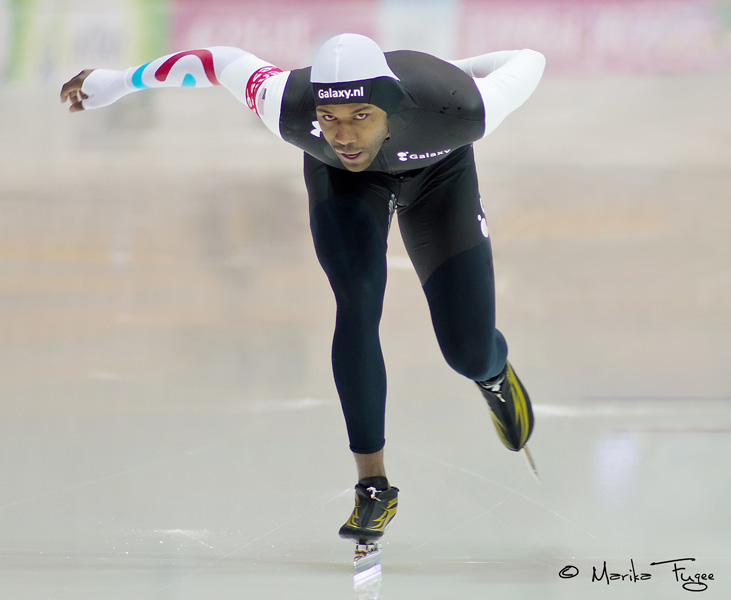 It didn’t take long for Shani Davis to return to form after being hobbled by an injury to start the 2012-13 World Cup season.

Just a week after a tweaked groin slowed Shani to a 10th place 1500m finish in Russia, which followed a DNS at the season-opening event in The Netherlands, Shani rebounded in Kazakhstan for his first World Cup victory of the young season.

“I’m continuing to get stronger week to week,” said the three-time 1500m World Champion and current 1500m World Record Holder (1:41.04). “I’m really happy to race without any pain after a frustrating few weeks.”

Shani is chasing his record fifth 1500m Overall World Cup title, but the two-time Olympic 1500m Silver Medalist will now have to make up a deficit in the WC point standings: he gained the maximum 100 WC points in Kazakhstan, but his injury-related DNS and 10th place finish leave him 8th overall (128 points) behind WC leader Bokko (210).

Next weekend Shani travels to Asia for four 1000m races in 10 days, first in Nagano, Japan, then China.